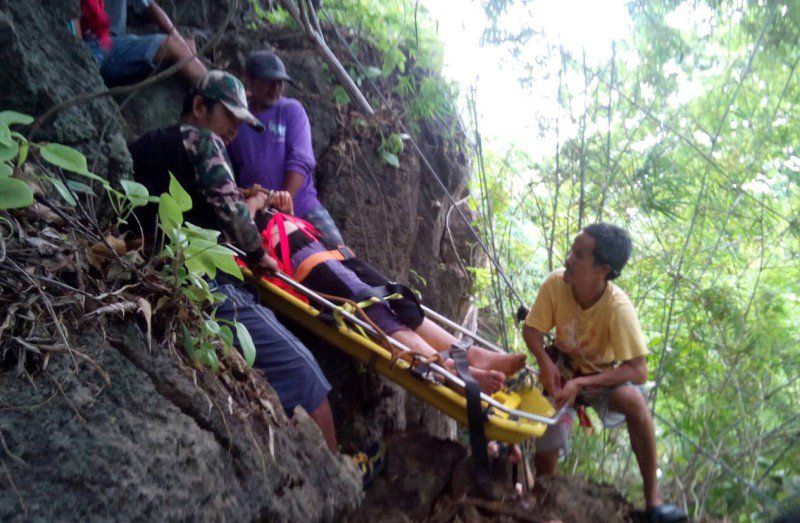 PHUKET: A 23-year-old American woman is in hospital in Krabi after falling down a mountain last night while fleeing a man she says was sexually harassing her. The woman suffered with her injuries, which include possible broken legs, in the wild overnight until a search party found her this morning.

Mr Nitiphat said the incident happened at about 11pm.

“Officials received a call reporting that a tourist had been injured after she had fallen down a mountain in the Railay area,” he explained.

“Rescue workers were searching for her last night, but they could not find her, so this morning we when out to search again and discovered her lying in between rocks about 45 metres from the trail at the top of the mountain. She was only 15 metres from the water below,” he said.

Rescue workers reported that Ms Gavios could not feel anything in her legs, Mr Nitiphat said.

“Ms Gavios is experiencing numbness on both of her legs and doctors have yet to confirm whether either of her legs are broken,” he said.

Ms Gavios told police that she fell while she escaping a man who was sexually harassing her.